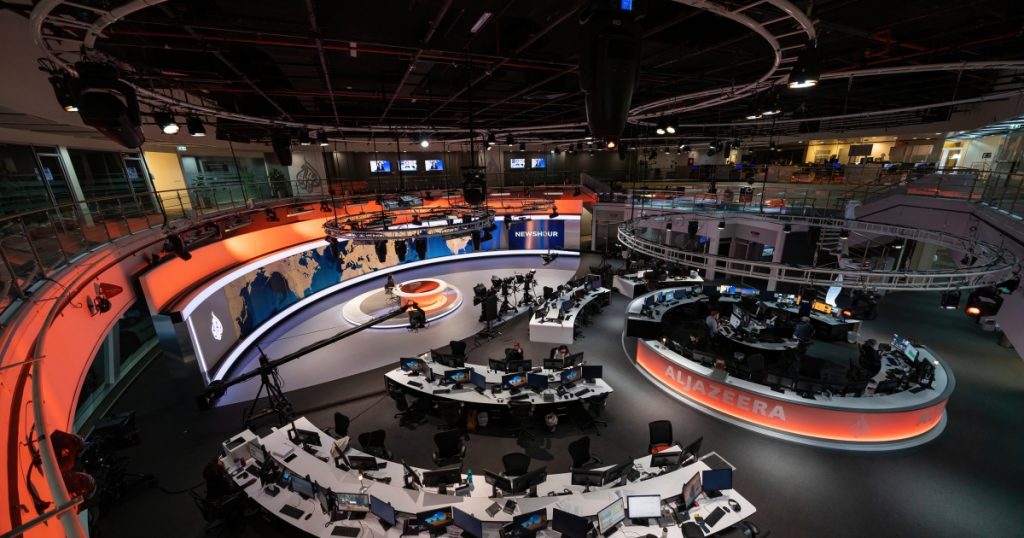 Al Jazeera English has been named Broadcaster of the Year at the 2022 New York Festivals TV & Film Awards, winning the prestigious accolade for a sixth consecutive year.

Overall, the Qatar-based Al Jazeera Media Network collected an array of gold, silver and bronze medals for its news and programmes coverage during Tuesday’s ceremony which was held online due to the coronavirus pandemic.

The awards featured entries from more than 50 countries, covering content screened on United States and international broadcasters including ITV, BBC, NBC and CBC.

The Broadcaster of the Year award, the organisers’ premier prize, is awarded to the media organisation that wins the highest number of gold medals.

Al Jazeera English won a total of 15 gold medals, including for its news coverage of the Israel-Palestine conflict in May 2021 and the Taliban takeover of Afghanistan three months later.

Two gold medals went to Al Jazeera English’s TV-digital series All Hail the Lockdown. Spearheaded by producer and presenter Ali Rae, the five-part series explores the social, economic and psychological effects of the global response to the COVID-19 pandemic.

The Big Picture, a documentary strand taking an in-depth look into the pressing issues of our time, was awarded three gold medals for episodes focusing on social justice in the US during the 2020 election year and on how COVID-19 exposed longstanding racial tensions in the United Kingdom.

“We are delighted to be named Broadcaster of the Year by the New York Festivals TV & Film Awards,” said Giles Trendle, managing director of Al Jazeera English.

“It’s a great honour to have our work recognised by our industry peers. This award is all down to the wonderful, dedicated teams at Al Jazeera who are so committed to reporting and telling the stories that matter. In today’s world, we believe good journalism is more important than ever. And so we are deeply grateful to receive this recognition for the work we do.”

The Al Jazeera Investigative Unit won two gold medals for its film Three Days that Stopped the World and a third gold for The Men Who Sell Football.

All content was screened and judged by the New York Festivals TV & Film Awards Grand Jury of more than 200 producers, directors, writers and other creative media professionals from around the globe.

For more than 60 years, New York Festivals TV & Film Awards have honoured exceptional and innovative content created on all continents and seen across all platforms.