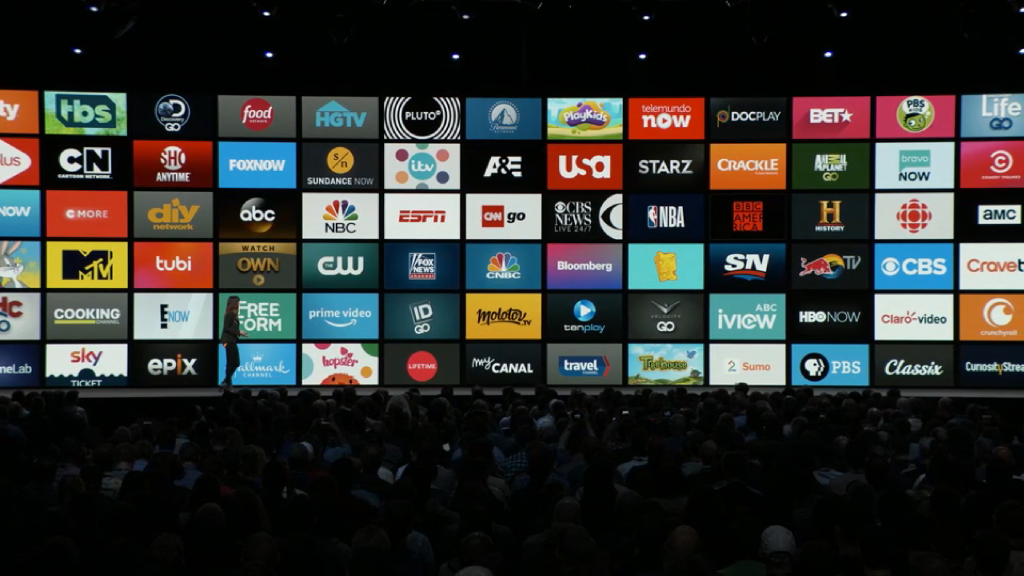 I think it’s safe to say that everyone has at least one streaming service they are subscribed to. In this day and age, streaming services have become the new norm. When talking about the latest show or movie coming out, our first question after hearing about it is, “What is it on?” to which they will reply with one of the various streaming services out there. However, not all streaming services are created equally. Each of these platforms have their own unique features, quirks, and catalog that makes them different from one another, and makes some better than others. As someone who has way too many streaming services for one person, I feel qualified to rank each one from worst to best.

Peacock came late in the game, premiering in 2020, and has not been a favorite of mine. While they have classic NBC comedy shows such as “The Office,” “Parks and Recreation,” “30 Rock,” along with some hit movies, they don’t bring enough to the table to justify paying a monthly subscription (especially when some of their shows can be watched on other platforms you most likely already have). Although they have an option to subscribe for free, you have to endure ads, which no one likes. They offer a plan without ads for $4.99 a month, but that still won’t entice people to pay for a subpar service that is already available for free.

When Apple TV+ was first announced, I knew it was either going to be the best streaming service ever, or the worst one. After using it for a year, I came to the conclusion that it was the most neutral service out there. In terms of their Apple TV+ originals, they have some heavy hitters with Emmy-winning shows like “Ted Lasso” and “The Morning Show,” as well as other shows with big name actors such as “Defending Jacob” starring Chris Evans, and “Dickinson” starring Hailee Steinfeld. Even with this star-studded catalog, Apple TV+ lacks popular shows and movies to generate a large audience. Another downfall of Apple TV+ is their extra channels that allow you to watch shows and movies from other services like Starz, Showtime, and HBO, but that require separate subscriptions. It can be very misleading to those who pay for Apple TV+ and expect to be able watch those other shows for free. I think Apple TV+ should be free for those who own Apple products and paying $4.99 a month is just another way for Apple to take our money.

I know that Paramount+ is not high on anyone’s list of best streaming services, but it has a few gems that make it worthy of the number six spot on my list. Paramount has the license to a lot of titles that give viewers enough reason to subscribe. If you loved older MTV reality shows like “The Real World” and “The Challenge,”’ or if you want to relive your childhood and rewatch “iCarly,” then Paramount+ is the service for you. They also have big movies like “A Quiet Place” (I and II) that make the $12 a month worth it. Along with their $12/month plan, they have a $6/month plan for those who don’t mind ads. Save for revival series like “iCarly” or reunion specials like “Real Word: Homecoming,” they don’t have any really exciting originals to gain more attention. With more original content and a more user-friendly revamp to their app interface, Paramount+ could be great.

Amazon Prime Video is the most “non-traditional” streaming service amongst them due to the fact that it didn’t start out as such. A lot of people subscribed to Amazon Prime for the free shipping when ordering from Amazon and the streaming service was just an added bonus. That added bonus however, does come with some enjoyable shows. While other services rely on shows and movies from other places, Prime’s biggest strength is their original shows. Prime original programming such as “Invincible,” “Good Omens,” and the upcoming Lord of the Rings series, and movies like “Being the Ricardos” are the attention grabbers that draw in audiences. The layout of both their app and the website are easy to navigate, although they make it a bit hard to tell what is free to watch with Prime and what isn’t. A number of other shows on Prime are only available to rent. This can be confusing for people who assume everything on there is free to watch with their subscription; the little Prime banner in the corner of the title isn’t enough sometimes. Other than that, Amazon Prime Video is worth checking out if you already have Prime.

Hulu has been around since 2007, and with each year they continue to get better and better. Although I don’t like ads and will avoid them at all cost, Hulu makes their ad experience bearable with their ads being short. For $6 a month ($2 a month for students) you have access to thousands of TV shows and movies. Many will find ads during a movie annoying, but I will argue that Hulu is better for watching TV. You can watch popular sitcoms from networks like ABC, CBS, NBC, and FX or you can keep up with live shows like “The Bachelor.” With their range of old and new shows and their Hulu originals, you will never run out of things to watch. Hulu also has a great interface that allows users to easily navigate TV, movies, news, and individual categories that suit their interests. If you don’t mind paying extra, you can upgrade to their Hulu Live TV plan that allows you to watch TV shows, sports, and news when they air live. Hulu offers affordable plans that suit everyone so your whole family can enjoy all they have to offer.

I think Disney+ was the first streaming service I was genuinely excited about launching, and taking one look at their selection explains why. Disney+ has something for everyone, making it the ultimate family-friendly choice for streaming services. They split everything they own into five groups: Disney, Pixar, Marvel, Star Wars, and National Geographic, giving you easy access to what you came there for. Marvel and Star Wars fans can watch all the movies plus the Disney+ original shows that go along with them, ‘90s and early 2000s kids can relive their childhood with Disney Channel original movies, and kids can enjoy all of the newer Disney and Pixar cartoons. With no ads, $8 a month is a great deal for all they offer. Although Disney+ seems to be the total package, they lack original content that isn’t connected to an existing franchise. They rely on Marvel and Star Wars for original shows and I think they could greatly benefit from a completely-original show on that scale. I only ask Disney to add a “start from beginning” button to make it easier to restart a movie.

I believe that HBO Max has the best catalog of any streaming service, but its downfall is its interface. Let’s start with the positives: they have an amazing catalog of movies and shows. All HBO series like “Game of Thrones,” “The Sopranos,” “Succession,” and “Euphoria” are there for our viewing pleasure. Along with HBO shows, they have the majority of DC live-action and animated movies, Studio Ghibli movies, Adult Swim, and Cartoon Network shows. Not to mention the almost never-ending list of hit movies such as The Matrix trilogy, The Lord of the Rings franchise and the Harry Potter franchise. HBO Max was not only able to bring Zack Snyder’s true vision of “Justice League” to screens with “Zack Snyder’s Justice League,” but they also made me very happy by making all seasons of “Doctor Who” available for me to binge-watch again. I could go on and on about the amazing selection of TV and movies they have, but what needs to be addressed is their interface. Navigating HBO Max is difficult for no reason, making you take extra steps to watch what you want. For instance, say I wanted to watch “Insecure” and I clicked on an episode, it would take me to an entirely-different screen where the plot synopsis is instead of playing that episode. Now, say you were halfway through that episode and wanted to start it over again. There is no “play from the beginning” button for that, so you would have to manually rewind it. This wouldn’t be a problem if their rewinding feature wasn’t terrible, but it is super inconvenient and causes you to over-rewind or fast-forward, leaving you fighting with the app to just stop it. If HBO Max could fix these problems, they would be regarded as the best streaming service.

Netflix is the best streaming service for the simple fact that it was one of the first ones. Netflix has evolved and grown since its creation in 1997, and it has made a name for itself since. Although they keep raising their pricing (now $15.50 a month), their catalog of both licensed and original titles continue to get better. They continue to have amazing original content like “Stranger Things,” “Daredevil,” “Sex Education,” and reality TV shows like “Too Hot to Handle” that keeps audiences coming back for more. Netflix has even become a streaming service known for pumping out movies such as “Marriage Story,” “Don’t Look Up,” “Power of the Dog,” and “Tick Tick…Boom!” Netflix also holds the crown for best streaming service layout. They make browsing and looking through episodes easy, the fast-forward and rewind functions are easy to control, and they allow you to take titles off of your “continue watching” if it gets too cluttered. Another feature they have that I love is their “play anything” feature, which picks something random for you to watch based on their algorithm. Netflix’s algorithm is almost scarily accurate in predicting what you like to watch, making the browsing experience even better. Save for their annoying autoplay feature that starts playing the selected title even if you don’t want it to, Netflix continues to bring their A-game to the streaming platform wars. Their slate of upcoming movies makes me excited for what they have coming, and more than willing to keep paying their constantly-rising prices.