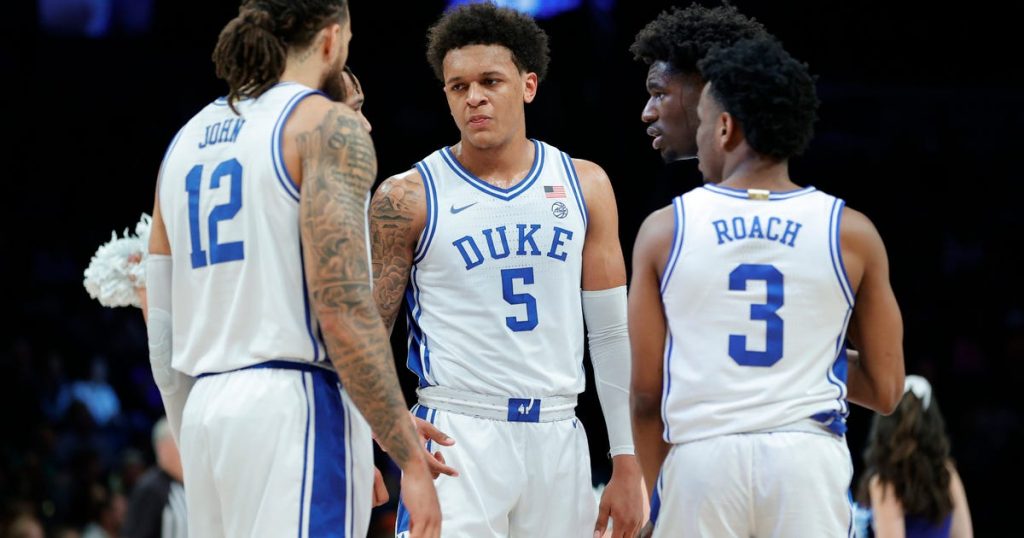 The 2022 ACC Tournament wraps up today with the top seed Duke trying to bring one last conference championship win home for legendary “Coach K” Mike Krzyzewski, in his final season before retirement. Standing in the Blue Devils’ way is Virginia Tech, who knocked out Duke’s chief rivals, the North Carolina Tarheels, Friday night.

Once the ACC and other conference championships conclude this weekend, the field will be set on Selection Sunday and the NCAA’s March Madness tournament, which tips off next week.

Here’s all you need to know to watch the ACC tournament — and March Madness — without cable.

Can I watch the ACC championship live on TV without a cable subscription?

When is Selection Sunday?

Selection Sunday is March 13. The Selection Show, which reveals all 68 teams playing in the NCAA tournament, will air at 6 p.m. ET (3 p.m. PT) on CBS.

When does March Madness start?

The First Round, which features 64 teams, begins on Thursday, March 17 and continues on Friday, March 18.

Three of the streaming services — YouTube TV, Hulu Plus Live TV and DirecTV Stream — offer all four of the above CBS-owned stations needed to catch all of the madness this month.

You can also stream the games live at with NCAA March Madness Live, but you’ll need to log in with a TV provider to prove you are a pay-TV subscriber. You can also watch the games broadcast on CBS with Paramount Plus, but that’s less than an ideal choice, because the Final Four games and national championship game will be shown not on CBS but TBS this year.

YouTube TV costs $65 a month and includes ESPN to watch the remaining three ACC tournament games and CBS, TBS, TNT and TruTV to watch every game of March Madness. Plug in your ZIP code on its welcome page to see what live, local networks are available where you live. Read our YouTube TV review.

Hulu With Live TV costs $70 a month and includes ESPN, CBS, TBS, TNT and TruTV. Click the “View all channels in your area” link on its welcome page to see which local channels are offered in your ZIP code. Read our Hulu With Live TV review.

DirecTV Stream’s basic, $70-a-month package includes ESPN, CBS, TBS, TNT and TruTV. You can use its channel lookup tool to see if you get a live feed of CBS and the other local networks in your ZIP code. Read our DirecTV Stream review.

Sling TV is a poor choice for watching March Madness because it does not include CBS. Its $35-a-month Orange plan includes ESPN, TBS and TNT, with TruTV able to be added for an extra $6 a month. Its $35-a-month Blue plan lacks ESPN, but includes TruTV along with TBS and TNT. Read our Sling TV review.

FuboTV costs $65 a month and includes ESPN and CBS, but not TBS, TNT or TruTV. With the Final Four games and national championship game on TBS, FuboTV is not a good pick for college basketball fans. Click here to see which local channels you get. Read our FuboTV review.