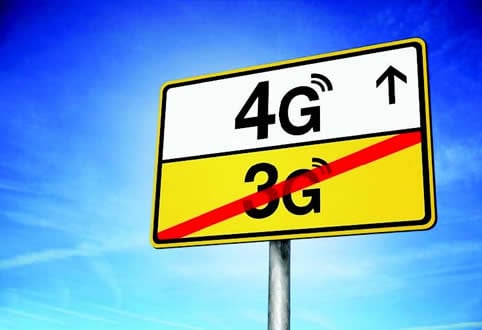 The Alliance for Affordable Internet has disclosed that 88 per cent of Nigerians lack access to smartphones with 4G-like speeds for their Internet connection and the capacity to use the Internet on a daily basis.

The global coalition working to make broadband affordable for all disclosed this in a report titled, ‘Advancing Meaningful Connectivity Towards Active and Participatory Digital Societies.’

According to it, 12 per cent of Nigerians have access to meaningful connectivity, which pales in comparison with South Africa (13 per cent), but is greater than Ghana (seven per cent).

It said, “Across all nine surveyed countries, estimates of meaningful connectivity remain far behind national figures on Internet use.

“The method used to create these estimates assumes that the meaningfully connected will represent only a fraction of all Internet users: however, these surveys reveal the depth of the disparities between a basic access and meaningful connectivity in a country.

“In Ghana, only seven per cent of Ghanaians have meaningful connectivity compared to 12 per cent of Nigerians.”

According to A4AI, more urban users have more meaningful connectivity than rural users, and more men are likely to have it than women too.

It added that people with meaningful connectivity have better access to information, are more likely to be economically active, use their phones to make a purchase, access developmental activities, are more socially active, and politically aware.

It said, “Our latest research talks about the boundary between meaningful connectivity and basic internet access.

“What is meaningful connectivity? It’s having a smartphone with 4G-like speeds for your Internet connection and an unlimited access point at home, work or place of study, and being able to use the Internet on a day-to-day basis.

“To benefit from digital technologies, people need regular access with fast speeds, enough data and sufficient devices. The A4AI estimates that, while two in three people are now online according to the current definition of internet access, billions lack the meaningful connectivity they need to make the most of the Internet.

“For an individual, meaningful connectivity can mean the difference between access to education, banking, and healthcare — or none of them. For a society, it can determine how realistic and how impactful digitalisation programs will be.”

According to the Nigerian Communications Commission, 4G is available to 37 per cent of the Nigerian population.

All rights reserved. This material, and other digital content on this website, may not be reproduced, published, broadcast, rewritten or redistributed in whole or in part without prior express written permission from PUNCH.