5G rollout: What consumers need to know as Verizon and AT&T expand coverage this week 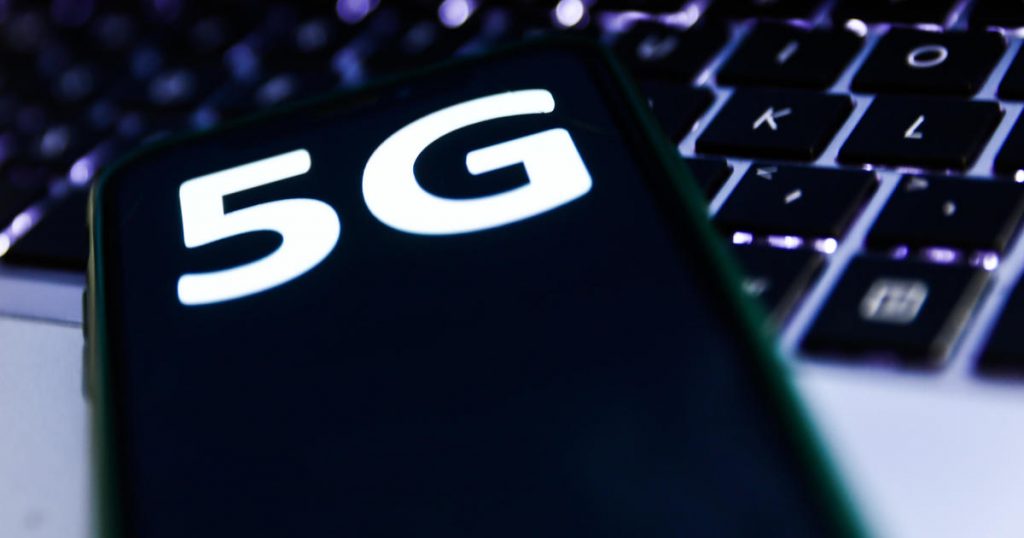 AT&T and Verizon this week are expanding their 5G service across much of the U.S., bringing faster internet speeds and more capacity. And despite a public spat between the telecom companies and airlines that has disrupted flights and delayed the system’s deployment near some airports, the broader rollout is continuing as planned.

Here’s what you should know about the enhanced AT&T-Verizon network.

AT&T and Verizon on Wednesday will switch on a new swath of wireless spectrum that will make 5G service available to more people in more parts of the country.

All three major cell carriers in the U.S. have rolled out 5G service on their networks, but T-Mobile’s customers have enjoyed the fastest speeds in the most areas, according to industry analyses. Last year, AT&T and Verizon spent nearly $70 billion to buy a portion of wireless spectrum called the C-band, which covers frequencies from 3.7 to 4 gigahertz (GHz).

The C-band, also referred to as the “mid-band,” sits in a sweet spot that allows signals to cover a large geographical area while also allowing fast connections. At higher and lower ends of the spectrum, there is a tradeoff between internet speed and geographic coverage. Higher frequencies offer greater speeds but allow for relatively little geographic coverage, while lower frequencies work across a much wider area but aren’t much faster than existing 4G networks.

A spokesperson for AT&T compared turning on the C-band to expanding a highway. “The highway is already there, and C-band is adding more lanes to the highway,” he said. “You can go faster on a five-lane highway than a two-lane highway.”

How fast is it?

Aside from faster connections, 5G “has the ability to simultaneously support a large number of users engaged in broadband applications,” he said.

During a sneak peek of Verizon’s C-band network late last year, one analyst registered speeds of over 800 megabits per second (Mbps), and Verizon has advertised even higher speeds during other tests. That makes 5G about 10 times faster than current speeds on 4G LTE networks.

Customers of Verizon and AT&T, neither of which have used the C-band to date, will see the biggest difference. Verizon has said it plans to cover 100 million people by the end of March with its 5G service, which the company calls “5G Ultra Wideband.”

AT&T is initially rolling out the C-band service, dubbed 5G+, in eight metro area: Austin, Texas; Chicago, Illinois; Dallas Fort Worth, Texas; Detroit, Michigan; Houston, Texas; Jacksonville, Florida; Orlando, Florida; and South Florida. It will eventually be rolled out available in 40 U.S. cities and nearly 30 stadiums and other venues (see list of where the service is available).

The company has said that up to 75 million customers will have access to its enhanced 5G service by year-end.

What do AT&T and Verizon customers need to do?

To access 5G on the C-band, consumers must have a 5G-enabled device and a plan that allows 5G access. If you bought your phone sometime in 2021, you’re likely good to go.

“Any device, any smartphone that a person bought in 2021 would have 5G support,” Rysavy said.

The following devices will work with AT&T and Verizon’s 5G networks, according to CNET:

Some older phones will also get software updates to access 5G, although it’s not clear which ones.

AT&T and Verizon customers should make sure their device is running the latest software, but otherwise they don’t need to do anything special to access the upgraded 5G service. An indicator will pop up in the display’s top bar to show when the device is using 5G.

How much will the expanded service cost?

AT&T will offer C-band service with its older unlimited plans (listed here), as well as its Unlimited Starter, Unlimited Extra and Unlimited Elite. Verizon last week updated its plans to make expanded 5G available to all unlimited plans except for the lowest-price tier, 5G Start.

What about flying risks?

On Tuesday, Verizon and AT&T agreed they will not turn on some C-band towers around certain U.S. airports — at least for now — because of concerns from airlines that the signals could interfere with aircraft.

While the move means the 5G expansion initially won’t be as broad as planned, it won’t make access any worse for anyone who currently has 5G, Rysavy said.

“Anything that works today is not going to work any worse tomorrow,” he said.

However, the delay means that near certain airports, users won’t benefit from the upgraded performance.

“Long-term for consumers, this would be a bad thing,” Rysavy said. “As much as airports only represent a subset of the total coverage area, they are places where people would like to obtain the higher speeds.”

Besides flyers, many Americans living within a one-mile area of 50 major airports also won’t get mid-band 5G for another six months. That leaves out many people in densely populated areas. As Quartz reported last week, residents near LaGuardia Airport in Queens, New York, people on the Las Vegas strip and tech company offices in San Jose, California, will all be excluded from the rollout until at least July.

“While the controversy no doubt muddled some of the messages the companies wanted to send about themselves and their service, we think most of the controversy will be forgotten by consumers, particularly as it looks like flights are not really going to be delayed or canceled (or fall out of the sky),” analysts with New Street Research said in a report.

What do AT&T and Verizon say about airlines’ concerns?

Although the wireless giants moved to reduce the strength of 5G+ around airports, AT&T chief executives John Stankey and Verizon CEO Hans Vestberg have downplayed concerns about their service’s impact on flights. The companies point out that 40 countries have implemented the C-Band portion of of 5G without reports of harmful interference on plane instruments.

“The laws of physics are the same in the United States and France,” Stankey and Vestberg said in a letter Sunday to U.S. Transportation Secretary Pete Buttigieg and FAA Administrator Stephen Dickson, according to the Associated Press. “If U.S. airlines are permitted to operate flights every day in France, then the same operating conditions should allow them to do so in the United States.”