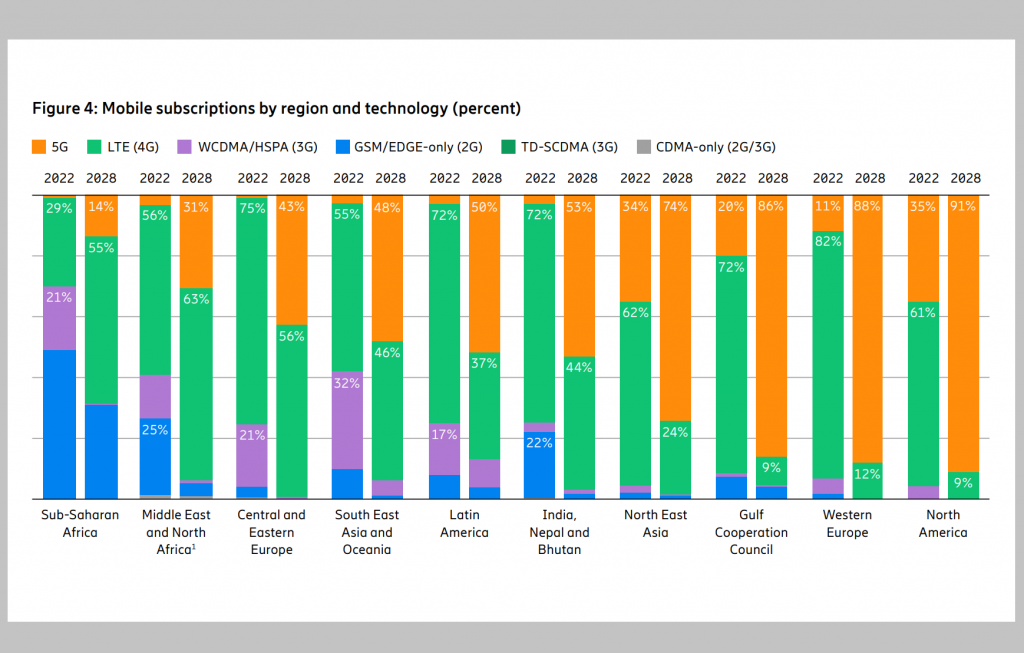 Share
Facebook Twitter LinkedIn Pinterest Email
The launch of 5G was marred by a number of adverse events such as the coronavirus pandemic, and after it arrived many users complained about the lack of service coverage. In spite of the fact that this is the case, 5G has seen a very strong growth rate for the year, and it is on course to reach one billion users by the end of 2022 according to a new report from Ericsson. The rate of adoption is expected to hold with some estimates putting forward a figure of 5 billion subscribers by 2028.

There were 110 million new 5G subscribers in the third quarter of 2022 alone, bringing the total to about 870 million with all things having been considered and taken into account. That makes cross the billion subscriber mark a very real possibility, especially with China driving the charge and adding more 5G network coverage every single day.

One thing that makes 5G stand out is that it is giving developing countries more of an equal footing than might have been the case otherwise. Nigeria added the second highest number of 5G subscribers in Q3 2022 after China, with 5 million people in that nation now being able to access 5G networks.

With all of that having been said and now out of the way, it is important to note that Indonesia is also rapidly adopting 5G tech. The country added four million new users which is impressive considering its population is so much smaller than that of China.

5G adoption rates are far outstripping those of 4G as well when it was in its earlier stages. Developing countries can use this to their advantage because of the fact that this is the sort of thing that could potentially end up giving them some of the highest internet speeds in the world.

Most experts are predicting that a majority of mobile internet subscribers, or 55% to be precise, will be subscribed to a 5G data plan by 2028. That will reveal an exciting set of possibilities in the tech space and give rise to a new social and international paradigm.