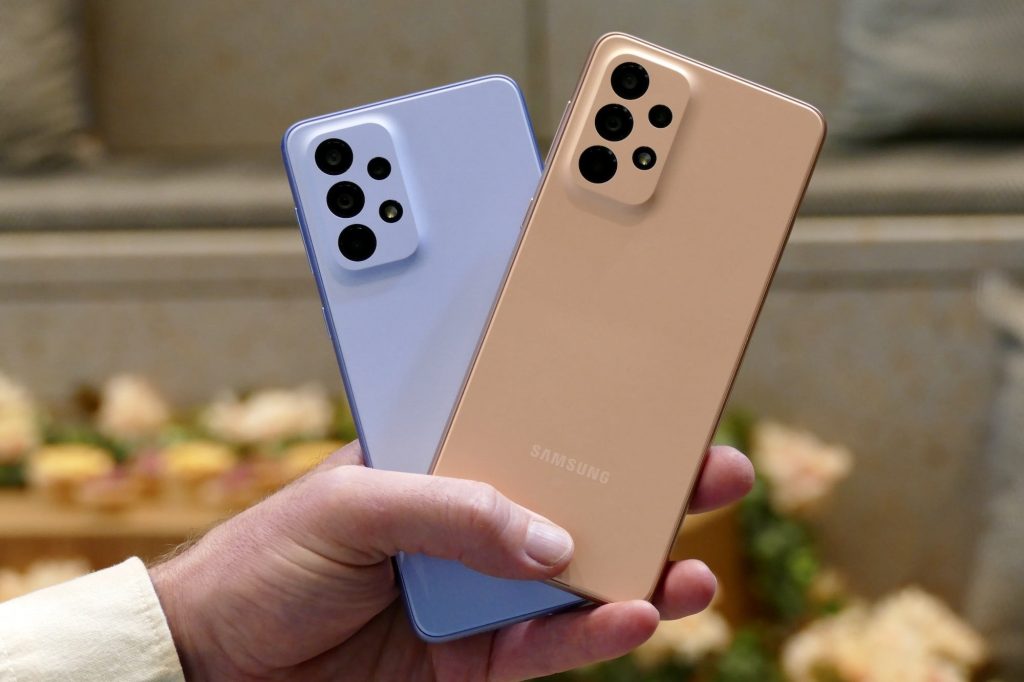 The Samsung Galaxy A53 5G is your way into Galaxy phone ownership without having to splurge on a phone like the expensive (but admittedly brilliant) Galaxy S22 Ultra. The newly released smartphone costs $450 which is far more affordable, and we think it’s shaping up to offer good value.

Let’s look at the ways the Galaxy A53 5G delivers this value, in an effort to help you make the decision whether to pick this phone up or not. Then, at the end, we’ll talk about the one area the Galaxy A53 is losing out on compared to the competition.

Despite a new processor and other hardware improvements, the Galaxy A53 5G is cheaper than its predecessor, the Galaxy A52 5G. You pay $450 for the new phone compared to $500 for the old model, or 399 British pounds in the U.K. compared to 450 pounds. While most manufacturers attempt to keep the same price with a new model, it’s rare to see the price go down. It’s part of why we consider the A53 5G good value, even after only a short time using it.

You’ll spend less buying the new Galaxy A53 5G than before, and for that lower price, you’ll also get longer software support this time around. Samsung has committed to delivering four years of Android updates and five years of security updates to the Galaxy A53 5G, a year longer than it did for the Galaxy A52 5G. It’s the same software update commitment you get if you purchase a Galaxy S22 series phone.

What does this mean? Software updates add new features, they keep the visual design fresh and up-to-date, and deliver crucial security fixes, too. The longer they’re guaranteed to arrive on your phone, the longer it will last because it’ll keep pace with the latest models. Just because you’re not buying a $1,000 phone doesn’t mean you should accept anything less than good, long-term software support, and Samsung recognizes this.

While the camera hardware itself isn’t all that different from the old model, Samsung has said the sensors are new despite having the same megapixel count. Much like it did with the Galaxy S22 Ultra, Samsung has used its software ability to give the cameras a boost, including with lowlight performance. What will really help here is the addition of Optical Image Stabilization (OIS), which should result in sharper images and video taken at night.

Samsung has also given the app an upgrade, with A.I. enhancing the bokeh portrait mode and the editing suite’s automatic adjustment mode. There’s a good chance Samsung’s Object Eraser mode will be available in the Photo Editor app, plus the fun Single Take feature is included.

The Galaxy A53 5G has a 5,000mAh capacity battery inside, compared to a 4,500mAh battery in the Galaxy A52 5G. More capacity doesn’t always mean longer battery life, especially if the technology inside the phone is more power intensive than before, but that’s not the case here. Samsung has used its new Exynos 1280 processor for the A53 5G, which is built using a 5nm process and should translate to better power efficiency.

There hasn’t been a change to the screen for the new model either, so the Galaxy A53 5G’s battery should provide a little longer use than before. Don’t expect a week or anything, but at least two days of moderate use should be easily achievable with this setup. Until we try the phone for longer, we won’t know for sure, but on paper it’s a good combination.

If you pre-order the Galaxy A53 5G through Samsung’s own store, you get a free pair of Samsung Galaxy Buds Live true wireless headphones. While not for everyone, they’re a competent alternative to Apple’s AirPods 3, especially as they add a degree of noise cancellation despite being technically “open.” I use them a lot for video calls, and they’re very good, plus I find them very comfortable to wear. Getting a $170 pair of headphones included with the phone only adds to the value.

Also, it looks like Samsung will make its cool Silicon Case with the strap accessory for the Galaxy A53 5G, too. While it’s not available on Samsung’s website at the time of writing, images were shared with the official press material. The case is protective, but it’s the chance to swap the strap part that makes it fun. It adds color, convenience, and a way to really personalize your phone.

The Galaxy A53 needs faster charging

There’s a real emphasis on value with the Galaxy A53 5G. It’s cheaper and has longer software support than the previous model, upgraded technology, and a good pre-order bonus. However, it’s lacking in one crucial area compared to some of its strongest competition.

The 25-watt charging system is the one feature that puts the Galaxy A53 5G behind, and the otherwise strong value takes a hit because of it. Expect it to take more than 70 minutes to fully charge, and only when you use a compatible fast charger. OnePlus, Realme, and Xiaomi all have phones with extremely fast charging — sometimes more than twice as fast as the Samsung — at a similar price to the A53 5G. Once you discover the convenience of fully charging a battery while you eat breakfast, it changes the way you use your phone. Samsung is way behind the curve when it comes to fast charging.

If your phone use doesn’t call for convenient fast charging, then the lack of it won’t be a problem, but if you’re coming from a phone with seriously quick charging speeds now, it’s something we think you’ll miss. The Samsung Galaxy A53 5G is available to pre-order now for $450 or 399 British pounds, and deliveries are expected to start on April 1.