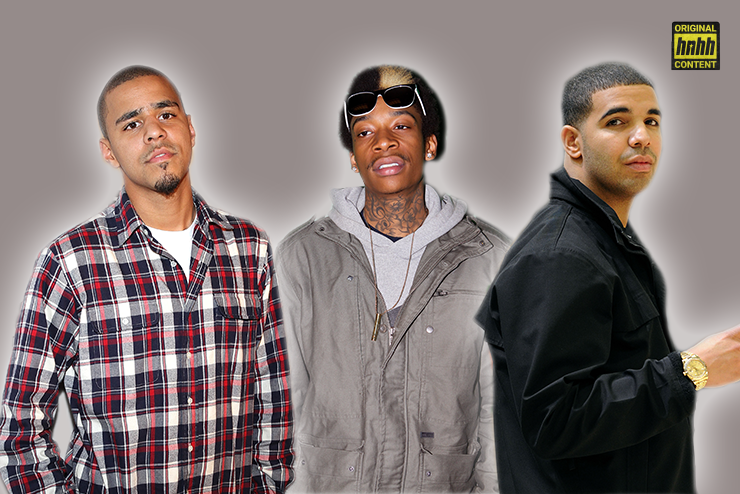 Earlier this month, Big Sean rewarded his longtime supporters by making his Detroit mixtape available on all streaming services. The 2012 release has long been touted by fan as the best project in Big Sean’s discography. It housed timeless collaborations with artists such as J. Cole, Kendrick Lamar, Wiz Khalifa, Wale, Jhené Aiko, Royce da 5’9”, and more. Yet until its 10-year anniversary on September 5, the fan-favorite mixtape was widely inaccessible for listeners who predominantly consume their music from DSPs like Spotify, Apple Music, and Tidal. Streaming blew up in the years following the release of Detroit, but — like so many other classic mixtapes that were released for free during the late 2000s and early 2010s,  from Nicki Minaj’s seminal Beam Me Up Scotty to A$AP Rocky’s breakout mixtape Live.Love.A$AP —  it took an incredibly long time for Sean’s mixtape opus to hit DSPs.

Over the last handful of years, artists have made meaningful strides in bringing their mixtape catalogs over to streaming platforms. Although many of fans’ favorite tapes have been slightly reworked due to sample clearance issues, at least acclaimed projects like Mac Miller’s Faces, Drake’s So Far Gone, Lil Wayne’s Sorry For The Wait, Wiz Khalifa’s Kush & Orange Juice, Meek Mill’s Dream Chasers 2, and Chance The Rapper’s Acid Rap are available right now on all DSPs.

However, there are far too many classic mixtapes that have seemingly been lost to the Blog Era. Fans are left waiting for every milestone anniversary in hopes that one of the free mixtapes that they downloaded over a decade ago will finally reappear on streaming services. To illustrate just how many gems are still unavailable to stream on most platforms, here are 10 classic mixtapes that need to hit DSPs as soon as possible.

When they united for The Tour, Rich Homie Quan and Young Thug became one of the best Atlanta rap duos since OutKast. Although their team-up was unfortunately short-lived, their joint mixtape remains a certified classic eight years after its release. Surprisingly, The Tour isn’t officially featured on most DSPs under Quan, Thug, or Rich Gang’s profiles, but you can still listen to the full project on Spinrilla.

Regardless of which installment is your favorite, it’s safe to say that Fab’s S.O.U.L. Tape run is one of the most memorable mixtape series from the early 2010s. Back in 2020, the Brooklyn native did fans a solid by uploading the original S.O.U.L. Tape to SoundCloud, but over two years later, the classic project and its two sequels have yet to make it onto any of the big three DSPs.

So Far Gone often gets the credit for laying the foundation of Drake’s sound and introducing him to the masses, but it would be criminal to overlook the influential project’s predecessor, Comeback Season. From the Lil Wayne-assisted “Man of the Year” to the Trey Songz-assisted “Replacement Girl,” Drake’s 2007 mixtape houses some serious throwbacks. It’s a shame that it’s so hard to come across online. Considering that Comeback Season just turned 15 years old earlier this month, it’s unlikely that fans will see a DSP release of this early Drake tape anytime soon, but for now, they can at least still listen to it on DatPiff.

As fans eagerly await Travis Scott’s highly anticipated fourth studio album Utopia, there’s a general consensus that the Houston-bred artist already has quite the impressive discography. But, longtime fans of La Flame know that his hot streak began prior to the release of his debut studio album, Rodeo, in 2015. In 2014, Travis Scott unleashed Days Before Rodeo, his second official mixtape and the project that would significantly alter the trajectory of his career from that point forward. Laced with iconic tracks such as the Big Sean-assisted “Don’t Play,” the Rich Homie Quan- and Young Thug-featured “Mamacita,” and the classic Metro Boomin-produced “Skyfall,” Days Before Rodeo kept the Blog Era trend of album-quality mixtapes alive. To this day, the project remains one of Travis’ best and most distinct works. With its 10-year anniversary approaching in 2024, Days Before Rodeo is overdue for an official commercial re-release. For now, you can still stream it on SoundCloud.

Wiz Khalifa is mixtape royalty. The Taylor Gang boss has far too many free releases to count. Despite the expansive nature of his mixtape catalog, it actually boasts a considerable number of classic and iconic projects, from 2009’s Flight School and 2010’s Kush & Orange Juice to 2011’s Cabin Fever and 2012’s Taylor Allderdice. In recent years, Wiz Khalifa has been one of the few Hip-Hop artists that have been consistently adding nearly all of his past mixtapes to streaming services, but still, there are a few that remain unavailable on DSPs, chiefly his 2008 tape Star Power. Fortunately, you can listen to the full project on DatPiff.

50 Cent may be the most powerful Hip-Hop mogul in the television and film industry, but if his Emmy-winning performance during the Super Bowl LVI Halftime Show earlier this year proved anything, it’s that fan appreciation for his music career has not dwindled in the slightest. That’s why his last official release, 2015’s The Kanan Tape, should be readily available on streaming services. With his infamously unreleased Street King Immortal album officially shelved last year, that’s even more reason for 50’s popular seven-track mixtape to make its way to DSPs.

Whereas many of his contemporaries have at least made the effort to make the most important mixtape of their early careers available on streaming services, J. Cole has not done so whatsoever.  To this day, none of the Dreamville founder’s three breakout mixtapes can be streamed on any of the major DSPs. While it would be amazing for 2010’s Friday Night Lights — which can be streamed in full at DatPiff — to become available everywhere, we’ll honestly take 2007’s The Come Up or 2009’s The Warm Up, as well.

A year after the release of his Grammy-nominated sophomore studio album Because The Internet, Childish Gambino delivered his seventh and, as of now, final free mixtape, 2014’s STN MTN. A day after it dropped, Gambino doubled back with an equally incredible — and commercially released — EP titled Kauai. Yet nearly eight full years later, only the latter remains available on streaming services. Since the Hip-Hop community has had so much love for Tyler, The Creator’s Call Me If You Get Lost and Dreamville’s D-Day mixtape, it’s only right that Donald Glover’s Gangsta Grillz mixtape makes its way to DSPS too. Until that day comes, you can still listen to STN MTN on DatPiff.

At the turn of the 2010s, there were select mixtapes that were able to break the internet before “breaking the internet” even became a saying. Mixtape downloads were always a surefire way of telling whether a project was worth checking out, and Rick Ross’ 2012 epic, Rich Forever, remains one of the most downloaded mixtapes from the Blog Era. On HNHH alone, the tape was downloaded over 580,000 times, and on DatPiff — where you can still listen to it — Rich Forever was downloaded over 2.2 million times. Nonetheless, several months after its 10-year anniversary, Rick Ross’ blockbuster mixtape is still unavailable on nearly all streaming platforms, but our fingers are still crossed that this classic makes its way to DSPs very soon.

For an artist whose discography is already extremely limited, it’s wild to think that two of Frank’s only four official projects aren’t available on all streaming platforms. While contractual obligations are likely what is keeping Endless an exclusive to Apple Music, it’s much harder to stomach that Nostalgia, Ultra isn’t available on any of the major DSPs, especially since its breakout singles “Novacaine” and “Swim Good” weren’t repurposed for any official full-length project. This classic alternative R&B mixtape is one of the more challenging projects to find in full — with “American Wedding” included and without the cut-off version of “Nature Feels” — on the internet. Hopefully, Frank Ocean blesses his fans by bringing Nostalgia, Ultra to streaming services one day.

These are just 10 beloved mixtapes that still haven’t found a permanent home on contemporary streaming platforms, so let us know in the comments which classic mixtapes you want to get uploaded to DSPS in the near future.